A9 OVER 900 FLEE CELLS IN JAILBREAK IN CONGO 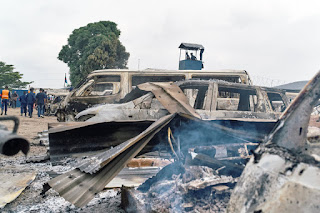 All caused by poverty and social malaise. Could we help? No oil here, no geopolitical hotspots ...

A19 DESPITE A VOTE IN FAVOR, STATEHOOD OR PUERTO RICO REMAINS A DISTANT GOAL 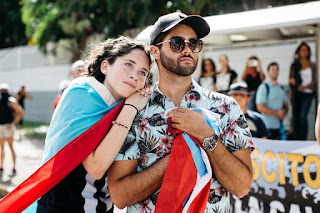 The article checklists all the reasons it ain't gonna happen:

"The Mesopotamians believed the liver was the seat of the human soul and emotions, and the ancient Greeks linked the organ to pleasure. The Elizabethans referred to their monarch not as the head of state, but as its liver." 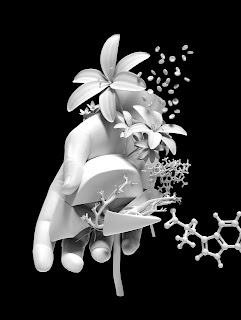 My brother is a scientist. I never went to college and my memories of 9th grade biology is my teacher who talked in a low monotone, like this:

So every Tuesday, I dive into the Science Times section and devour articles like this one:

Did you know
A1 FLATTERERS FIRST, THEN PRESIDENT PRAISES HIMSELF

From now on, I'm going to insist that my wife and children begin each day by either calling or texting me to tell me how great I am. The message must be a 100 words or more, and must include the word "awesome" at some point.

"About a third of counties nationwide have only one insurer, according to data released by the Kaiser Family Foundation, a figure that has more than doubled since 2014."

And the bad news is even worse.

45 is poised to make it all much much worse.

Unless you happen to be in 45's tax bracket.

A5 DIGITAL WEAPONS THAT WORKED IN IRAN MISS MARK AGAINST ISIS, OFFICIALS SAY 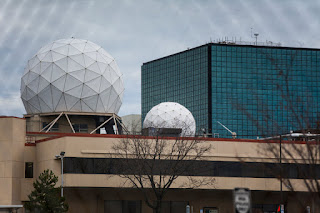 The article delves into the many reasons cyberwarfare is not that successful against ISIS. But -- once again -- a seemingly somewhat innocuous action by 45 can make things worse.

"Top Israeli cyberoperators penetrated a small cell of extremist bombmakers in Syria months ago ... the intelligence was so exquisite that it enabled the US to understand how the weapons could be detonated ... this was part of the classified intel that 45 is accused of revealing when he met in the Oval Office last month with the Russian foreign minister ... his disclosure infuriated Israeli officials."

A6 HOW THE SAUDI-QATAR RIVALRY, NOW COMBUSTING, RESHAPED THE MIDDLE EAST 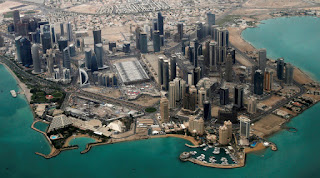 "Qatar is the size of Connecticut and one-seventh its population."

Great article -- a geopolitical primer on the confusing, tangled state of affairs in the Middle East since Saudi Arabia and their closest allies initiated a boycott against Qatar.

"Though few expect the standoff to escalate to violence, it remains far from clear how it will be resolved. This may be the end of the two-decade Saudi-Qatar rivalry, or it could bring just another layer of instability and crosscutting alliances to a region that already has plenty."

And there's always the unexpected 3AM tweet that could set who the fuck knows what in motion?

"Senate leaders are rushing to pass a bill before their July 4 recess, and they seem to be making headway." 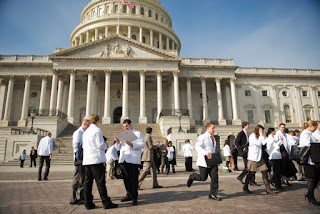 Meanwhile, the man behind the curtain is trying to confuse you with secret tapes, Russian hookers and the neatly-manufactured Qatar crisis.

Please, senators -- do not allow him to destroy millions of lives.

"'Reagan's belligerent arms control attitudes, his failure to grasp the dangers of nuclear weaponry, and his lack of judgment and restraint in the use of military force disqualify him from the office of President' ..."

If only we had known how much worse it could get ...

PERSONAL HEALTH; FISH IS GOOD FOR THE HEART

"YOUR mother may have told you that fish was 'brain food' (and there is now evidence she may have been right), but folk wisdom missed a valuable asset of fish that medical scientists have only recently discovered: its apparent protective effect on the heart and blood vessels . . . fish oils have been found to contain fatty acids that can lower harmful fats and cholesterol."

Interesting to see how long we've taken these facts for granted.

"The SFPD, who have recovered 63 bats and other equipment stolen from the Houston Astros at Candlestick Park last weekend, said they would try to cut some of the usual red tape in an effort to get the equipment back to the Astros as soon as possible. 'We wouldn't want to hold up a major league team ... noting that players often develop a special attachment to their bats and gloves.

[T]he Astros apparently don't need any special favors. Using equipment borrowed from the Giants, they beat San Francisco, 7-4, on Sunday, and using replacement equipment from their own supply stocks, they beat the Cincinnati Reds, 3-2, in Houston Monday night."

"Two youths were arrested in the break-in."

Hopefully sentenced to sit in the upper deck at Candlestick for every home game in April and September.

A continuation of the Meyer incident, in which the orchestra freaked out over Karajan's decision to hire a female clarinetist.
at June 13, 2017