A1 MUELLER, ONCE ABOVE THE FRAY, IS NOW PULLED IN

"'You are witnessing the single greatest WITCH HUNT in American political history -- led by some very bad and conflicted people!' President Trump wrote on Twitter on Thursday morning." 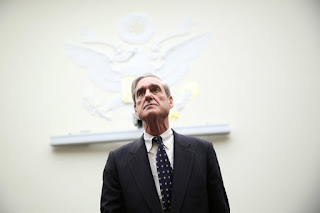 A6 IN A NEW NORMAL, LONDONERS ARE RESILIENT, BUT A LITTLE SPOOKED

"For the fourth time in 12 weeks I marked myself safe on Facebook. In Britain." 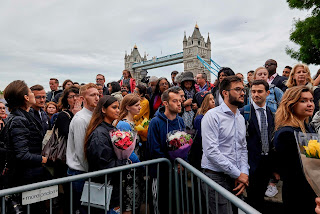 I imagine we're going to see something like The Patriot Act on steroids soon in the U.K. Lacking strong First Amendment-type firewalls, civil liberties might start flying out the window.

A23 AMERICAN WAS "BRUTALIZED AND TERRORIZED" IN NORTH KOREA, HIS FATHER SAYS

He stole a poster.

They nearly beat him to death.

Ever since I read this book, nothing like this surprises me. Shock and disgust, yes. But surprise --

a good surprise would be regime change in the North.

And why blame Obama, Mr. Warmbier? I would think his anger should be directed at Young Pioneer Tours -- sales pitch: "budget travel to destinations your mother would rather you stayed away from" (still on the website after all this) ... 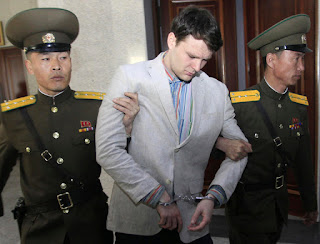 A27 HOW TO BRING PEACE TO AFGHANISTAN

Pakistan and geopolitics is the key.
Does 45 have a Henry Kissinger or a Dennis Ross to make this shit happen? 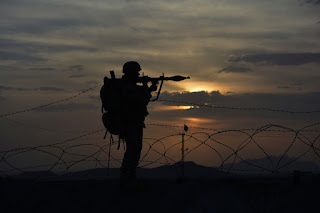 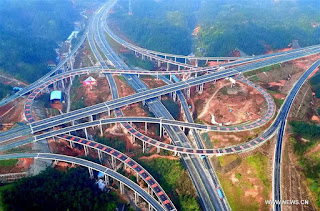 "The expedition now in Moab as at present organized, consists of Lieut. E. Z. Steeon, A. M., United States Army, chief engineer and commander, and a staff of nine assistants. Including eighteen muleteers, the caravan numbered twenty-seven men and sixty-two animals."

What was happening in big city 144 years ago.

Today this article seems so out-of-place; it is ridiculously condescending. But in 1873:

"[In] negro-cars -- in which, by the way, it was no uncommon thing to find whites sitting."

"Their stories were sufficiently amusing, and were told with such good nature ... that I tried in vain to conjure up the spirit of evil and hate which I had once thought possessed the heart of every 'Johnny Reb'."

"True, the blacks are not permitted to occupy the same cars upon railroads with whites, except where they appear as servants, nurses or attendants; but how long is it since in our own City of New-York colored cars were an institution?"

"As I see these people busy in their avocations, contented, happy, prosperous in various degrees ... I find it hard to realize that only a few short years ago they were slaves. What a strange, wonderful transition it is!"

A vivid description that brings John Ford into focus:

"The Commission found that it was unsafe to travel without protection. They were accordingly given a regiment of cavalry as an escort, of which, however, they were soon deprived by the epizootic. They subsequently were attended by a detachment of infantry, and traveled in ambulances drawn by mules. In this way they traversed the entire border from the mouth of the Rio Grande to the western limits of Texas. They found society in a greatly disorganized state. Life and property were constantly in jeopardy. Natives do not venture beyond the immediate limits of their homes except with companions and arms."

"The Comanches, in the Indian Territory, are implicated in this purchase and sale of captives. One boy had been tied to a wild buffalo that was let loose, to teach him bravery." 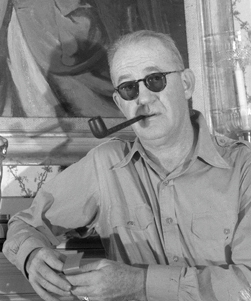