A1 ALTERNATIVE MEDIA OFFERS A CHOICE OF FACTS ON COMEY

"But where the 'darkening cloud' metaphors piled up in those provinces [mainstream lib media], there were clearing skies Friday night on Fox, as the host Tucker Carlson assured his audience: 'This whole story is a hoax'." 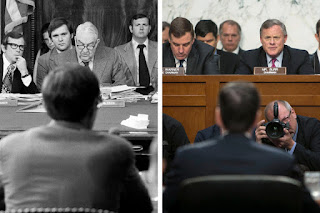 Back then there were four television channels. Today? ... a lot more.

"how much of the country will believe it?"

"For their first date, in 1949, Leon Watson and Rosina Rodriquez headed to the movie theater. But each entered separately. First went Ms. Rodriquez, a fair-skinned woman who traces her roots to Mexico. Mr. Watson, who is black, waited several minutes before going in and sitting next to her.

'We always did it,' Mr. Watson said. 'They looked at you like you were in a zoo. We just held our heads high and kept going. If we knew there would be a problem, we stayed away from it'." 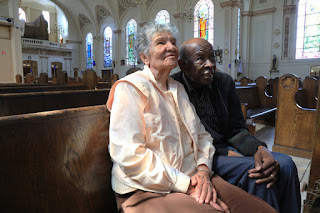 "The game produced the longest home run in the major leagues this season ... measured at 495 feet." 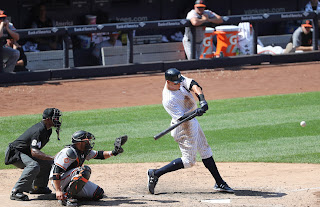 C5 WILL HE LET LOOSE THE HOUNDS?

Stone: have you ever seen Dr. Strangelove?

" ... Mr. Stone gets him to watch the 1964 nuclear-war satire in a conference room: a little Nyetflix-and-chill." 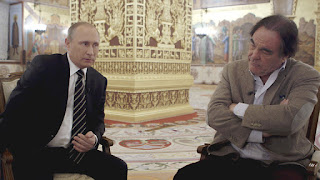 That was very clever.

"He has told his staff that he wants to avoid a marathon overseas trip like his nine-day trek to the Middle East and Europe, which he found exhausting and overly long." 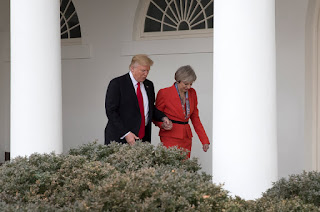 A21 THE RESISTANCE: IMPEACHMENT ANXIETY

"[E]ven a Trump impeachment would leave America with a President Pence, a nightmare of a different stripe but no less a nightmare." 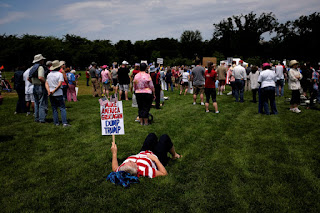 And of course, Mr. Blow neglected to use the correct phraseology, which should have been "conviction on impeachment."


GATHERING TO SING A SONG OF THEIR PAST

"The cantors took pleasure reminiscing about the days when cantors were the stars of the Jewish world and people taking a break from High Holiday worship would argue the comparative virtues of Yossele Rosenblatt, Moshe Koussevitzky and Richard Tucker while their sons compared the center-field skills of Mickey Mantle, Willie Mays and Duke Snider."

"The Yankees are without shortstop Derek Jeter, [Bernie] Williams, and now, maybe, Pettitte. But there is this: If they win even just half of their remaining games, they will win 97 games."

POP REVIEW; A PIANIST TEASES THE AUDIENCE, THEN DRAWS GASPS

What a treat! I was perusing this day's paper for this section, when I ran across this review. I had never heard of Chucho Valdés, but I am very glad to make his acquaintance.