"President Trump is populating the White House and federal agencies with former lobbyists, lawyers and consultants who in many cases are helping to craft new policies for the same industries in which they recently earned a paycheck."

"In at least two cases, the appointments may have already led to violations of the administration's own ethics rules."

" ... [E]valuating if and when such violations have occurred has become almost impossible because the Trump administration is secretly issuing waivers to the rules."

President Dodoerivja [click on two letters at a time].

"Kim Il-sung's birthday, called the Day of the Sun, is the North's most important holiday and a key moment for scoring propaganda points." 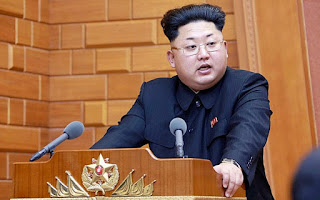 Did you know for real that this haircut is the law!

WHY BASE STEALERS TARGET SYNDERGAARD

I am such a sucker for charts like this.

"Good base stealers can get to second base in about 3.4 seconds; some get there even faster. Syndergaard's catcher, usually Rene Rivera, can catch the ball, transfer it to his throwing hand and get it to second base in an average of 1.91 seconds. (The league average for catchers is 1.98.) That leaves Syndergaard only 1.5 seconds to go through his windup and throw to Rivera. That's the problem: Syndergaard's delivery is rarely that fast."

"Not only did [Syndergaard] give up the most stolen bases [48 in all of 2016 MLB], but base stealers succeeded 84.2 percent of the time against him, compared with the major league average of 71.7 percent."

Bottom line -- if Syndergaard could shave tenths of seconds off of each of the four components shown above, he might discourage would-be thieves more often.

One of the most entertaining games I've seen yet this season!

This is what the Yankees did in the first two innings:

With Chapman and Betances unavailable, Clippard managed to barely save the game! Yanks are on a good-looking roll.

WHAT KIND OF PET SHOULD DONALD TRUMP GET?

"Once you've learned to fake sincerity, the rest is easy. Once Donald Trump learns to pretend to love animals, he can move on to pretending to love the human race." 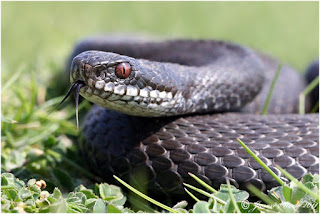 I don't understand a word of this article, but it looks beautiful.

"Bannon is still on the job, and Trump may keep him there, because while he has been disruptive inside the White House, he could be pure nitroglycerin outside. He commands acolytes on the alt-right. He has a mouthpiece in Breitbart News. He has means for revenge. He also has a history of it."

Shakespeare, anyone? This is basically why I don't think he'll be the first (or second) to go.

"[H]ere's a partial list of his reversals and revisions, large and small, to date:

PRESIDENT CARTER, AM I A CHRISTIAN?

"Kristof: How can I reconcile my admiration for the message of Jesus, all about inclusion, with a church history that is often about exclusion?

BUILD ON STEEL, THRIVING ON CULTURE

"[The] Roberto Clemente Bridge ... look[s] up the Allegheny River at two other huge, majestic steel bridges: the Andy Warhol and the Rachel Carson."

Maybe when I'm famous, they'll name the 318th Street Bridge after me.

MIKE JUDGE, THE BARD OF SUCK

Lewis Saul
I am a composer. I write music. This blog is about my reaction to daily New York Times stories.